The warm weather of last weekend has given the local forage a much-needed boost.  The Oil Seed Rape has appeared from nowhere and is starting to flower.  Most of the colonies in my apiary are now covering 7 or 8 frames and there are large areas of capped brood.  So, I’ve decided to add the first supers of the season to my colonies.

Why add supers when the colony is on 7 or 8 frames?

The colonies have survived the “beast from the East” and have been actively foraging on the warmer days.  The weather has been poor during March and April but inside the hive the queen has been laying and the winter bees have been busy raising brood.  This new workforce has started to emerge and is now raising the next set of brood.  Shortly these early bees will be ready to take on the role of foraging.

This graph is taken from data taken from a number of the key beekeeping books, including Winston – Honeybee Biology, Ted Hooper – Bees & Honey, and Yates – Study Notes 1,2,3.  It shows the expected build-up of a colony during spring. 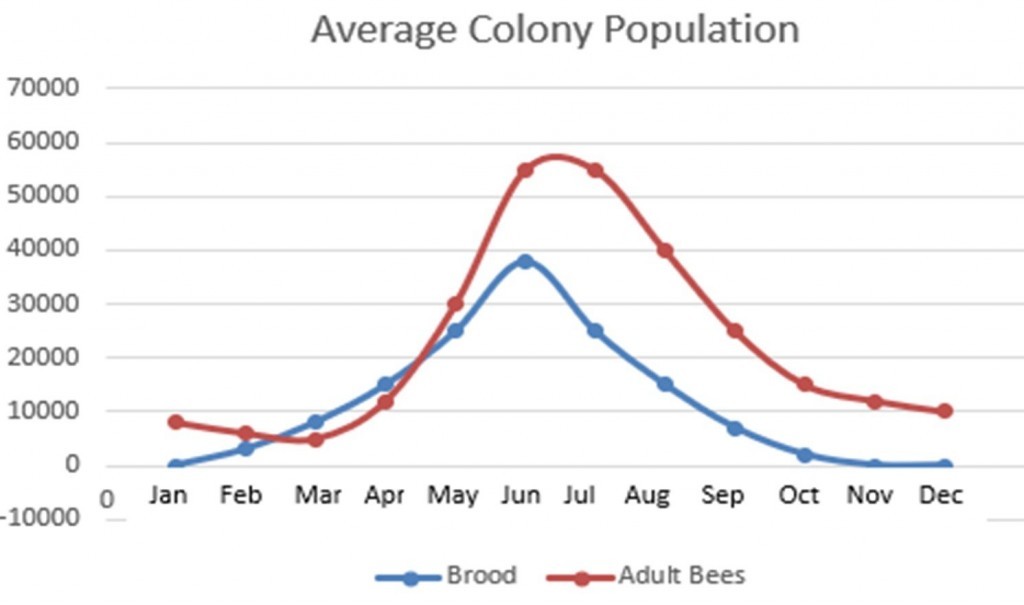 This shows that a healthy colony would expect to double in size, over a period of about three weeks, from the second half of April onwards.  So, if most of my colonies are covering 7 frames, with brood, bees and some stores, I could expect that they may require up to 14 frames within the next month.

The supers I have added have eight frames of drawn comb on wide plastic spacers.  They have been added above wire queen excluders.  I’m trying these for the first time this year.  I have previously used slotted metal excluders and found that some colonies are a little reluctant to work through them.

What is the impact of the Oil Seed Rape flowering late this year?

The autumn sown Oil Seed Rape is a about a month behind when it flowered last year, here in rural Northumberland.  In previous years I have struggled to get the bees ready in time to collect a surplus of nectar from it, although they have used it for pollen.  It is interesting that this year the poor weather has held up the development of the crop but has had less impact on the bees colony build-up, inside the hive.

A couple of weeks ago the Oil Seed Rape was barely raised off the ground.  This weekend it is starting to flower, and the plants are covered with buds ready to burst into colour. 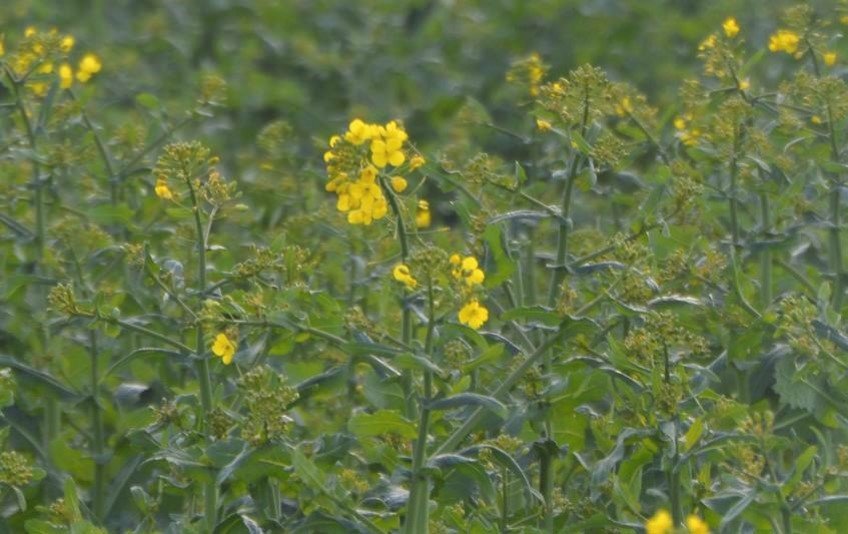 It looks like the bad weather has held up the Oil Seed Rape more than it has the build-up of my colonies.  Most of the colonies in my apiary are now covering 7 or 8 frames and are building up nicely, just as the autumn sown oil seed rape is about to flower.  So, I’ve decided to add the first supers of the season.

The bad weather has achieved better timing between bees and forage than I have been able to manage in the last couple of years!