First Colony Inspection of the Season – “Yellow 5” made it through the winter!

First Colony Inspection of the Season – “Yellow 5” made it through the winter!

It was 12 Degree C with some sunny spells, in my apiary this weekend.  It is still a little cool for a full brood comb inspection, but I was keen to do my first colony inspection of the season.  After the “the beast from the east” I wanted to see how my colonies had managed over the winter and to do as much spring cleaning as a I could.

It was great to see that all twelve colonies survived the winter.  They are all queen right, raising brood and strong.  The best news is that “Yellow 5”, my favourite queen has made it through the winter!  She was seen stomping around her brood nest, with brood at all stages and lots of bees, as well as stores and space to develop the colony. 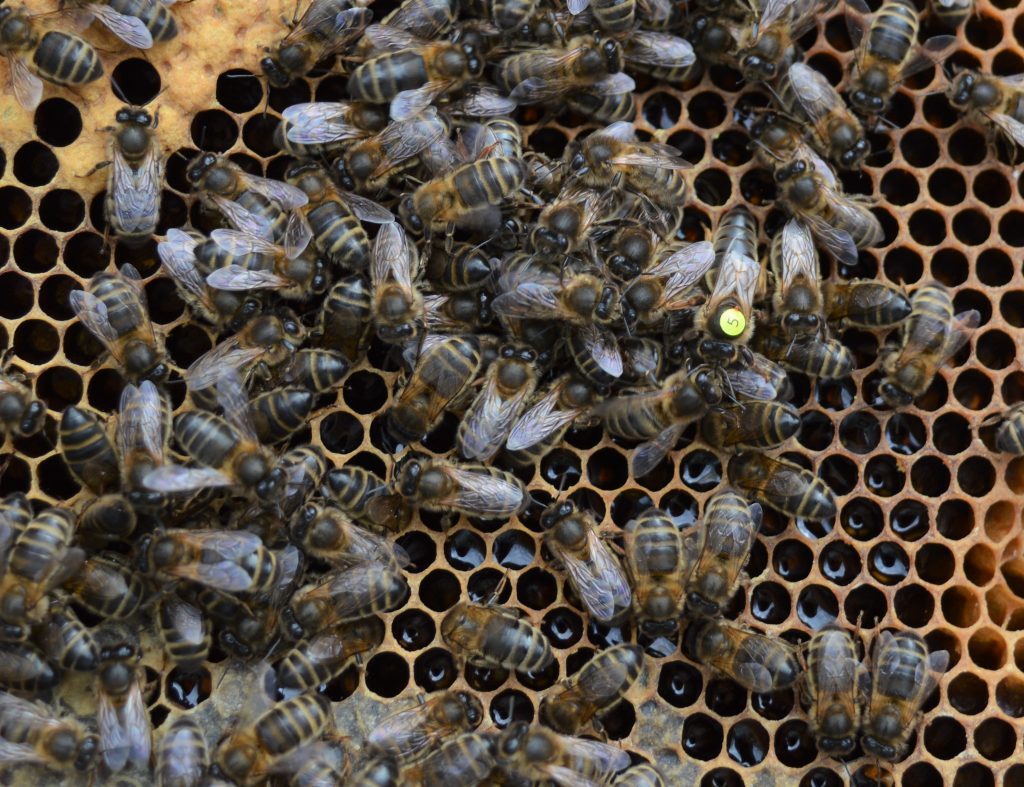 What are my priorities for the first colony inspection of the season?

The two key things I wanted to achieve were to get the hives physically tidied up and to see the state of the bees.  The national bee unit best practice guideline No 6 – Spring Checks, gives some great advice on how to go about colony inspection at this time of year.

It took two and a half hours to go through twelve hives and perform the following tasks:- 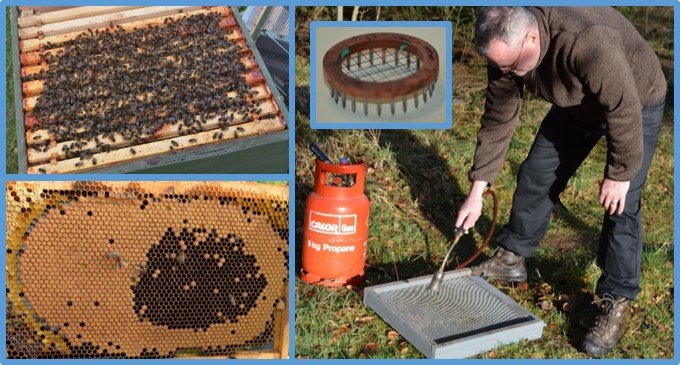 What am I looking for during a colony inspection?

In his book Bess and Honey, Ted Hooper outlines the five questions to ask while you go through the hive.  The National Bee unit best practice guideline No 6 – Spring Checks, also gives a good list of things to look for.

I have a chant that I use to remember them.  “Mood, Brood, Food, Room, Doom, Boom”

Mood – Comes from the Queen.  What is their temperament?  Is she present? Are there eggs?  Are there any swarm preparations?  Is she marked and Clipped? – All of my queens were seen, and one needed to be marked. (“Green 3”, mother of “Yellow 5”, must have been superseded late in the season).  Two of my colonies were not as friendly as I’d like.  These colonies will be candidates for demotion.

Brood – Is there a nice brood pattern with brood at all stages? – All colonies had brood, but it was clear that there had been a break in laying in most colonies.  Many had capped brood and eggs/young larvae but little in between.

Food – Does the colony have enough stores of honey and pollen? – Two of the colonies were short on their own stores and were working the fondant.  The rest of them were still working through the capped stores in the brood body.

Room – Is there room for colony expansion and stores? – All colonies had room for expansion but I’m standing by to add the supers.

Doom – Is there any pest or disease? – It was too cold to start shaking all the bees off every frame to look for brood disease but I did quickly look at the bees and brood comb.  All but one looked good.  One of the colonies had a small amount of chalkbrood, which will make it another candidate for demotion.

Boom – Is thunder and lightening forecast? Is there a flood risk? Fallen trees or branches, spraying planned, new livestock nearby, or any other environmental factors which could affecting them? 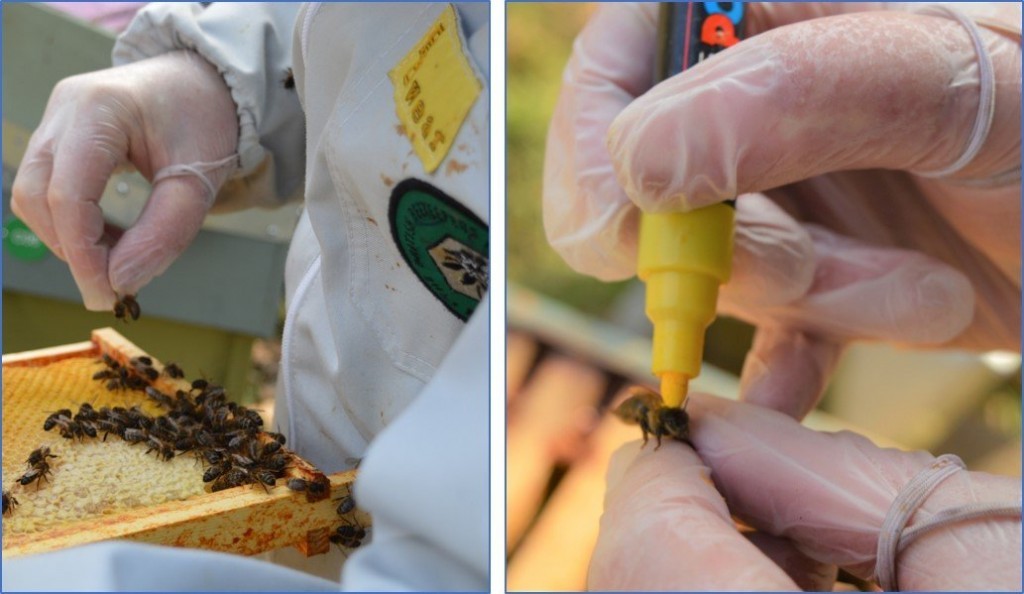 Summary of the first colony inspection of the season

It was great to see that all twelve colonies survived the winter.  It is still a little cool for a full brood comb inspection, but I was keen to do my first colony inspection of the season.  I was able to replace or clean all of the floors, remove brace comb, clean and change entrances and carry out the first colony inspections of the year.

It was also great for my wife Karen to take some excellent photographs of it all!

When it warms up a bit more I will be looking to carry out a more detailed brood inspection, clip any queen that are not already (while the colonies are still small) and look to start raising new queens from Yellow 5!

How to collect a sample of honey bees for disease analysis The following method outlines a simple, effective and humane […]